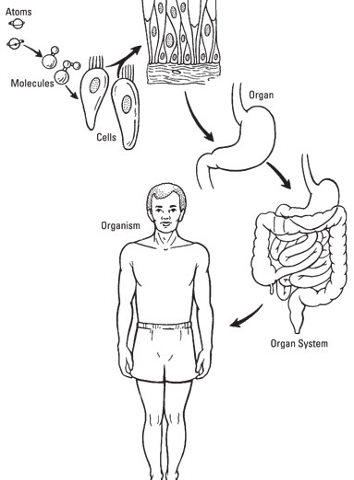 The below information was prepared by Eminah Quintyne, volunteer contributor to the 2021 Eat Local Challenge for Lowcountry Local First

Cells –  Cells are made out of molecules and compounds. There are many varying types of cells. Cells carry out specialized functions and are known as the building blocks of all living things. With a few exceptions almost every cell in the human body contains DNA in the nucleus of the cell (nuclear DNA).  Some DNA can be found in mitochondria. DNA provides a set of instructions like a recipe that tells each cell in your body how to function (what to do).  There are six primary functions that cells provide among them are, structure and support for our bodies, nutrient absorption, energy production, and growth via (mitosis)14.

Tissues – Tissues are made out of groups of cells that function together as a unit. Nervous, connective, muscle, and epithelial are the four primary types of body tissue14.

Organs – Are formed by the grouping of body tissue. Tissues make up organs like your liver, kidneys, heart, stomach, and intestines etc. 14

Organ Systems – Organs create (make up) organ systems.  There are 11 organ systems in the human body. Among them are the digestive, endocrine, muscular, cardiovascular, and integumentary systems14.